The long-term research project is organized within Les laboratoires d’Aubervilliers (Paris).
Authors and researchers: editorial collective of TkH, in collaboration with external collaborators.

The research project is conceived as a long-term initiative, the goal of which is to empower contemporary performing arts scene towards critical (self-)reflection, self-organization and alternative ways of knowledge production and sharing. It operates by connecting actors of the local (Paris) and international scene, which are testing their openness, curiosity and ability to transform themselves on the basis of common goals and objectives. 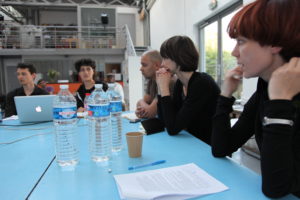 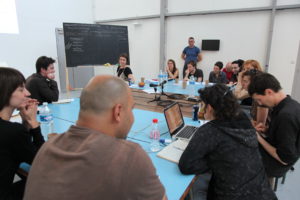 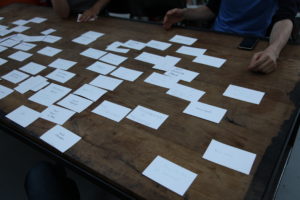 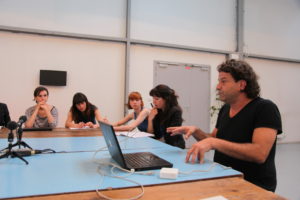 In terms of activities, HOW TO DO THINGS BY THEORY is realized as a research and public program on a regular basis, i.e. involving visibility and participation of the actors from the local community and a visiting audience as well. This regularity is meant to secure a vivid, reliable, albeit not imposing, praxis of thought-action – the actors may vary but the imperative is that the practices consistently develop. The program features various formats of which the most recognizable are: reading groups, theoretical lectures, cultural policy discussions, research of the media of documentation, publications, and a practice of mobilizing (wider) community through self-organized film screenings and discussions. Local artists and theorists are included as active participants of the platform, so that over the time the role of TkH in the platform would “fade out”, while the local agency would gradually take over certain programs. All the programs are kept small-scale and low-budget. In that way, they can have a follow-up in various contexts under various production circumstances.
The mission of this theoretically activist platform is not to resolve social problems but to animate the contemporary art scene to become more aware of its social context and production conditions, to re-think its own position, place, practice and discourse and, above all, to be more active in transforming a feeling of “cannot” – within the limits or horizons of possibility– into its own, self-organized “can”. We are looking for staging scenes of dissensus (mésentente) in the sense of Jacques Rancière, that will performatively reconfigure debates and orders of the possible. 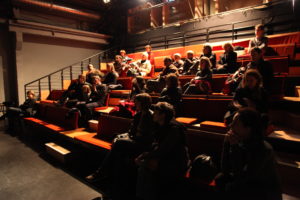 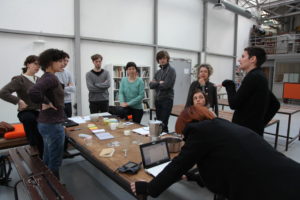 In 2010 the focuses of our research were the cultural context of Paris (through the research laboratory “Re-Hallucinating the Contexts” and cinema program “illegal_cinema”) and immaterial labor in performance (through public editing sessions and publishing a joint issue of TkH journal and Le journal des Laboratoires).

The publication can be downloaded here

The focus of our activities in 2011 and 2012 – of an inter-disciplinary research and archive, “illegal_cinema” program, and a series of public events in Paris, Amsterdam, Berlin, Belgrade, Novi Sad, and Zagreb – were the issues of performance and the public. The results of the research Performance and the Public are the book Public Sphere by Performance (2012) by B. Cvejić and A. Vujanović and experimental documentary Yugoslavia, How ideology moved our collective body (2013), dir. by M. Popivoda, script written by A. Vujanović and M. Popivoda.

← (In) the Person of the AuthorWhat Do We Actually Do When We … Make Art? →