I set an experimental artistic process based on the premise of working together, in a group, on the issue of the democracy as a real-existing organization of social situation. The experiment takes as its point of departure the cinematic score by experimental filmmaker Heinz Emigholz for his movie Schenec-Tady I (1973). 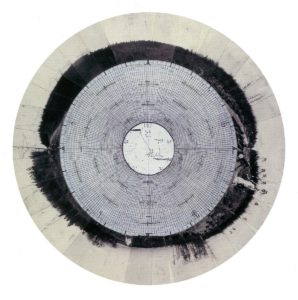 Firstly, five performers interpret that score individually, creating artistic materials separated from each other and then they get together and negotiate how to create the group situation democratically, starting from the five solos.
This experiment can result in a presentation, performance or stay in a laboratory framework.
Every time the process is different, as well as its results, since the types, forms and principles of democracy which are examined and physically probed depend on the artists involved and their social contexts and concerns.
For that reason I’m especially interested in the contexts with fragile democracy, where we can see it weak and under the question.

The experiment is firstly done at Teatr Polski in Bydgoszcz (PL) as a theatre production (January – April 2016). See more at: http://www.teatrpolski.pl/take-it-or-make-it.html

See a teaser and credits 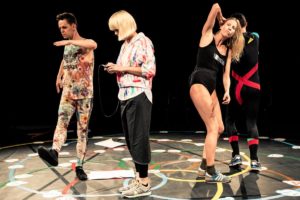 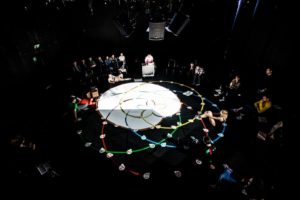 After that, I repeated the experiment with Chilean artist as a workshop and presentation within the initiative Movimento Sur at Nave in Santiago de Chile (July 2016). See more at: http://movimientosur.cl/#laboratorio and http://nave.io/programa/movimiento-sur/

See about the workshop 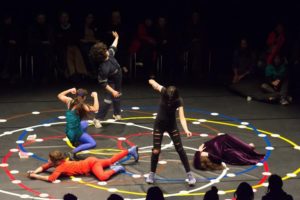 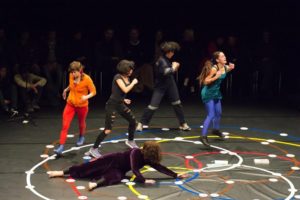 The main concern of this work is how to configure a group situation democratically.

In wider sense, I am concerned with possibilities of democracy, including the discontent with representative democracy, which step by step excludes the voices of living people in making political decisions about the society these people live in. Especially irritating to me is the process of transition from socialism to capitalism in former Eastern Europe and Yugoslavia, where fulfillment of democratic procedures has been seen a proof of successful transition, while what I see in reality is that – along declaratively instilling democracy – corruption, criminal privatization of the public property, oligarchies, nationalism and homophobia are growing. It raises the question of how democracy. Do we, people have will, skills and power to render democracy our organizational principle? Are we capable of making – instead of taking (or leaving) – it?

So for several years I have been inspired to think further the diagnose that Roberto Esposito made about the moment we now live in as “a situation that joins in a unique epochal knot the failure of all communisms with the misery of new individualism“. Trying to attend to that knot, Take It or Make It examines group situations with artists, who might be the symptom of neoliberal individualistic subjectivity or overcome individualism by engaging their creativity in contesting fake rationality of neoliberal capitalist and democratic society. That is why I believe that art and especially performance are a challenging terrain to work on. Based on these premises, Take It or Make It is a social choreography for five performers based on a shared score, which oscillates between the freedom of individual interpretations and the questions of collaboration and antagonism in collective structures.