Many experts agree that contemporary dance emerged in the West (Western Europe and the USA) during the second half of the 20th century and, therefore, that it was conditioned by the democratic character of those societies. At the same time, it is commonly accepted that societies in the East overslept the second half of the 20th century behind the Iron Curtain that divided the democratic (capitalist) West from the totalitarian (communist) East. So it only stands to reason that there was no contemporary dance in the East. Adhering to this teleological view of history as progress, contemporary dance accordingly appeared in the Eastern societies only with their transition to democracy-capitalism in the 1990s and 2000s. Many agree not only that contemporary dance organically had to appear in the East at that time, due to the new social conditions, but also that its appearance is a proof that those ex-Eastern societies have become democratic. Naturally, this late awakening of the East results in its always-being-late in its efforts to keep up with the contemporary dance scene in the West.[1]

A lot of experts may agree about a lot of things. And when a majority agree on many “things”, the river of history may flow smoothly, all the way from its source, right down to the mouth, the past clearly shaping the future… And here we are, in the present, where one can see, on the international dance scene, contemporary dance both from the ex-East and the ex-West – although still not in equal proportions – that belongs now to the borderless – although not quite “history-less” – global society.

END_OF_DOCUMENT_TOKEN_TO_BE_REPLACED 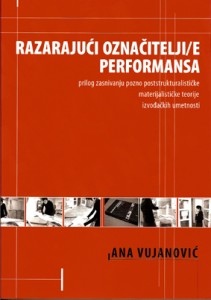